Generational Change for Women – A Tribute to my Mom

The recent passing away of my 91-year-old mother helped me realize how well she had prepared her three daughters for the professional world.  All three of her granddaughters... 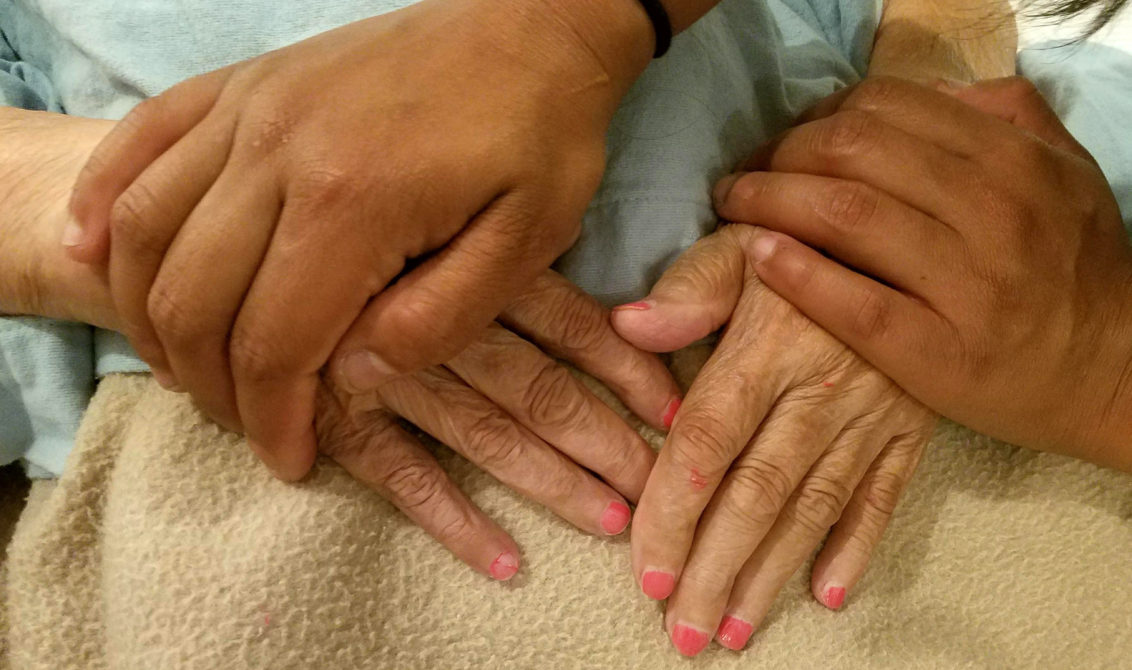 The recent passing away of my 91-year-old mother helped me realize how well she had prepared her three daughters for the professional world.  All three of her granddaughters are also successful and ambitious professionals — unafraid of challenges and believing in the importance of relationships and family values.

Their granny was a stay-at-home mother and so were her mother and grandmothers.  Mom created a generational change for the girls born into her family — she raised them with high aspirations while the rest of the world was still grappling with the scarcity of women in prestigious professions and with gender inequality.

Mom was an educated Indian housewife, who spent her first 64 years in India and the last 27 years in the US. She wore her sari neatly and admired British etiquette. She was also a traditionalist — deeply believing in Hindu scriptures and would have much preferred one son to three daughters.

Her motivation for pushing us girls into professional education and careers may have been to prove that her daughters were no less than sons. She was feisty and proud but also pragmatic; Indian sons take care of their elderly parents. The only way for Mom to be comfortable living with her daughters was if they earned as much as men did.  There is no social security in India.

My mother was a disciplinarian, and unforgiving of idleness, stealing or lying.  Of the three siblings, I was the only one who told lies when convenient. When I was seven, she caught me stealing from her purse because I wanted to buy candies.  I was dispatched along with a servant to be left behind at the unguarded gates of the locality we lived in but thankfully that lasted only for a few hours.

In one of my moments of defiance, she lashed out at me and said that if I continued my ways, I would become a housewife.  That was the last thing I wanted to be.  But it also revealed her internal resolve.

My sisters and I looked up to our mother with admiration and respect — men often look at their mothers with love and fondness alone. Mother-daughter relationships tend to be arduous, as they interact at equal par.  There is less emotion and more realism in the relationships because mothers have been where their daughters will be, with no mysteries in between.

For first-generation professional women, like me, as we maneuvered through careers, marriage and motherhood, we had to bring our spouses along too — with no one to model a marriage of equals.  Changing cultural norms are hard for men and women alike.

We also had to arrange for reliable childcare.   For demanding jobs with irregular hours and frequent travel, daycare was not the answer.  I had to find a nanny when few agencies were around to provide household help.

When my hi-tech company went public, my daughters were two and six.  My mother was unable to help because my father was in the advanced stage of Parkinson’s disease.   I longed to be a good and nurturing mother, but unlike my own mom, I was too forgiving.

There are many books about how to raise confident daughters and nurture their self-esteem.  I would argue that confidence is the outcome of success and not the cause.  The main impediment to women’s progress is when parents do not celebrate their daughters’ successes and support their ambitions as much as they do their sons’.  That message comes out when parents undermine them in the name of protecting them.

My mother threw us out into the world to learn, and if we were afraid we did not show it.  We learned to be street fighters, won classroom wars, and competed vigorously in the professions we entered.  After getting an engineering degree, I decided to come to UCLA for graduate studies.   As I boarded the long flight, the smell of the meats made me sick — I was a vegetarian.  Then an old American man sitting next to me tried to kiss me and was a constant irritant in the flight.  As we changed flights in Tokyo, all I wanted was to turn around and go back —  but I did not.  I could not disappoint my mother.

As a final tribute to my mother, I would say that she was a lady with flair who lived on her own terms.

As we were bidding good-bye to her and as she lay sedated by morphine, her two granddaughters were painting her nails light pink — the color she selected. The three of us smiled through our tears.  My mother seemed prepared for death and rather pleased with the proposal of the granddaughters — it could not get more endearing.

She lived with us for the last 14 years of her life.  She will always be my hero because she changed the lives of generations of girls and women in her family. Her aspirations for us made it possible for us to fly high.

Musk Is Firing on All Cylinders — Even Though Tesla Has None!
Next