Aging Is Not A Disease

But a mindset that can be managed for our betterment. 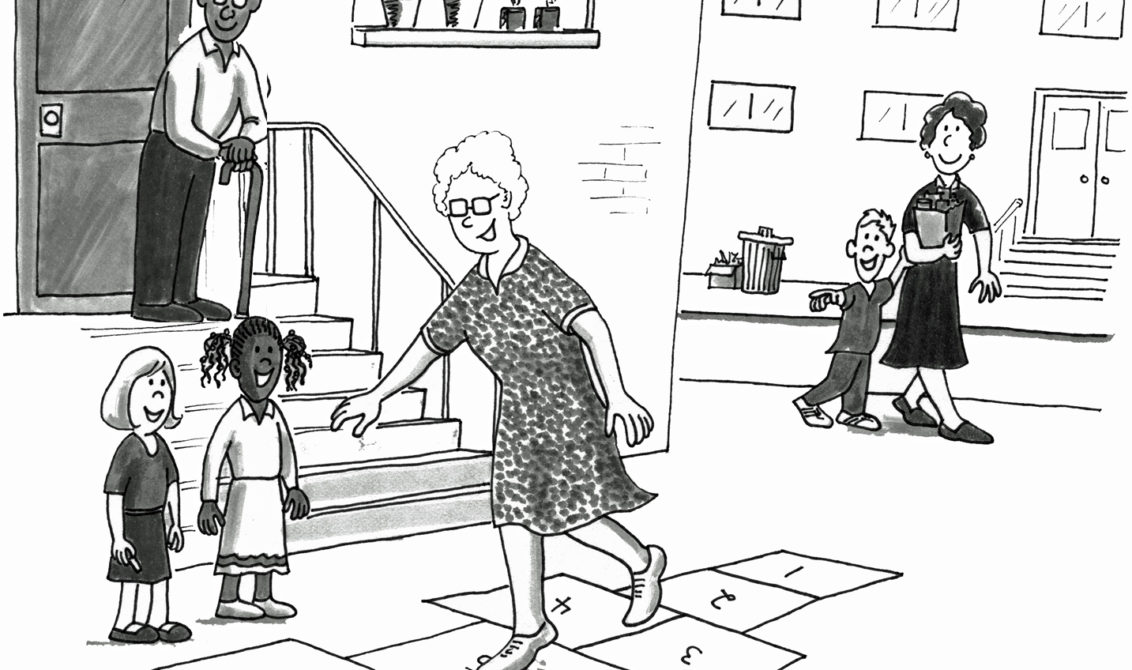 7333710 - retired senior city woman playing hopscotch game, skipping on a street with kids. laughing and having a happy time in leisure.

I turn 70 next year. I’ve already noticed a significant hearing loss.  With a couple of treatable chronic illnesses, that will not go away but are non-life impacting, I now carry pills. Also, it is harder to put on a sock while standing on one foot.  However, my mind is still ready to tackle new challenges, like learning to play bridge and winning three championships after the age of 60.

Yet, the path to old age appeared daunting, until seven months ago, when I met Kevin, my Lyft driver.

Kevin’s mother had died rather early, which had drawn him towards healthcare, about which he wrote a book.  He said he had concluded, “human bodies are built to last 250 years!”  Kevin was born in the US, and was part Japanese and part American Indian. He believed in a healthy lifestyle — drank matcha tea and “ran up the hill” a few times a day. He was 64 but looked 20 years younger.

However unreal Kevin’s words sounded, they have stayed in my head.  I now ask myself: if I still have two-thirds of my life ahead of me, how would I think and live?

When I was 35 I started coloring my hair, and I needed contact lenses for driving. That was depressing. Today I need no contact lenses to see into the distance, and enjoy how my hair looks with highlights.  At 45, caffeine late in the day started keeping me awake at night, but now I can have a cup of tea in the evening and then sleep like a baby.  At 55, I started getting back aches but core-building exercises have alleviated my lower back pain, which got me into physical fitness.

Even though some earlier health issues related to aging turned out to be non-permanent or I could minimize their impact, the fact that this is not the beginning of the end, did not sink in till I started thinking of Kevin’s words, almost daily.  I realized that I needed a new mindset to live a long productive life.

Then Adam Gopnik’s New Yorker article, “Younger Longer” introduced me to George Church’s research.  A professor of genetics at Harvard University, Church believes that there is “no upper limit to human age.” He claims that through CRISPER tool for editing DNA, it is possible to edit out aging genes — significantly increase human lifespan.

US life expectancy in the last 100 years has increased by 60% and expected to go up.  It is not unimaginable that humans would live up to 150 years. Aging is a phenomenon that cannot be denied but its definition has changed. Humans can overcome physical challenges and thrive – we are all familiar with  Helen Keller as a celebrated author and activist for the blind.  We should also achieve new heights and thrive until late-age.

This requires new strategies and wisdom to combat the side effects of getting physically old.

Mentally, older people are considered wiser.  The median age of Nobel laureates, tend to be well in their 50s and 60s which was the life expectancy in 1900.  Our culture already equates wisdom to the ‘Wise Old Man’.

Also according to Harvard Health, brain imaging reveals that the aging brain grows additional connections to become better at capturing the big picture — “perhaps the foundation of wisdom”.

As we grow older, we can better connect the dots of experiences:  we combine idealism with pragmatism; we stop striving for platitudes and start doing the right things; and we become more contemplative and less impulsive, delivering better results.

One generation today is experiencing two generations of evolutionary progress due to longer life spans.  But if we can stay productively engaged throughout, it can have a compounding effect on human progress.

The walls of aging that we create around ourselves must be moved out into a distant horizon.  New goals and aspirations must be set to shed light on the productive, purposeful years, laying ahead.  We need to create our own full-lives in addition to being parents or grandparents.   We could be the providers rather than seekers who need to be taken care of in old age.  This will reduce the economic and emotional burden on the next generation and on society, at large.

Today 40-year-olds are frightened by the idea of death and how they might process their emotions. At 60, we reluctantly warm up to it and start absorbing retirement messages coming at us.  This starts us on a declining path when we might just be at half-life.

Today’s professionals should expect many more professional inflections in career due to changing market environment but also because of our evolving capabilities.  It is difficult for successful CEOs or executives to imagine taking experientially interesting lesser jobs, later.  But working and tough pursuits keeps us engaged and on our toes at any age.

A year ago, I faced my 91-year-old mother’s peaceful death and started setting expectations of my mortality, till I met Kevin.  Kevin triggered the trajectory of aspirational living to the end — not just productive.

Why Screw It Up: Keep Democracy and Capitalism Alive
Next