My Upbringing in Indian Culture

Which shapes who we become… 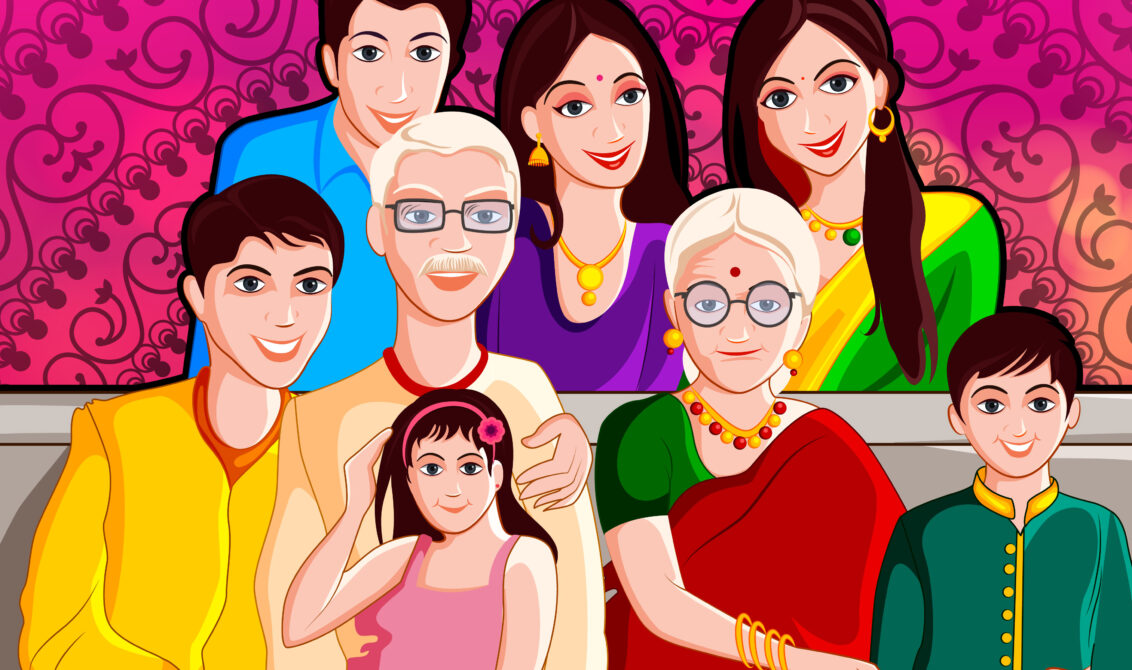 My son-in-law, Sean, raised in an Irish Catholic family, found it interesting how casually Indians discuss their salaries in conversations.

Cultural differences run deep.  I want to reflect on its nuances.

In India’s 3000-year-old plus culture, closeness strengthens ties.  All family is ‘family’. We all are expected to take care of family widows and their children, even if it means less for our nuclear family.  Older parents are not just our financial responsibility, but they are expected to stay together with us — even when fully capable of independent living.

In the Indian joint family system, every adult knows what other adults earn because finances are everyone’s business.  The parents or the grandparents then freely share that information with neighbors.  Inquisitiveness is part of casual introductions: What is your name? How many kids or grandkids do you have?  How much does your son earn?

Is talking about salary showing off or signaling status?  Definitely, it is.  And in America, we show status with the cars we drive, the schools our kids attend, or the neighborhood we live in.  Will Storr, in his book The Status Game, writes the desire for status as a “mother motivation.” Only how we play this game differs with cultures.

American rules look out of place in India’s social fabric.  Most Indians consider American and Western societies too insular and sterile.  When I visited India, I used to be told that “Americans turn their kids away after they reach 18, and teenagers roll their eyes at parents.”  Indians hold parents in respect.  Parents living with children gives rise to plenty of tensions and conflicts, but the mindset is to resolve them.  We do not reject members of our family.

In India, parents, grandparents, uncles, and aunts are involved in finding mates for the young adults of the family.  As western culture is seeping into Indian society, the pragmatism and wisdom of elders continue to influence the choices young adults make in choosing their mates.  Western culture has a harder time understanding the concept of arranged marriages.  These marriages are not based on physical attraction and love, but on joint family considerations.  It is comparable to hiring an employee when a collective decision results in a better choice.

Perhaps that is the secret behind the longevity of arranged marriages — with very low divorce rates.  When the entire family is involved in the selection of a mate, they also counsel couples on how to stay together.

Indian parents invest far more in their children’s education.  My parents also spent a significant part of our father’s income on our education.  In the cities, almost all children receive a college education.

One can conclude, that parents invest in the kids because it is they who would support them in their old age.

However, there is more to the story.  In Indian culture, sons — not daughters — are expected to assume the care of elderly parents.  Parents would never want to burden their daughter or her husband.  My parents initially found it awkward when they had to live with their daughters.

Most young women who live in cities earn a bachelor’s degree, and yet only 7% hold any paid jobs.  Indian women are more sheltered than American women but not considered less intelligent than men.  Many women are active in politics and business. Examples are Prime Minister Indira Gandhi, the biotech entrepreneur Kiran Mazumdar,  and the astronaut Kalpana Chawla who died in the Columbia shuttle accident.

Yet patriarchy persists.  The birth of a son is celebrated but not that of a daughter.  When I was born my maternal grandmother kept one day fast in disappointment — I was told.

As a second-born daughter, I became aware of sexism, at a young age.  I would often think about how disappointing my birth must have been for my parents.  This recognition motivated me to try harder to prove myself.  I would attempt to do everything that a boy would have done.  I volunteered to ride my bicycle to the market to pick up groceries, weaving fearlessly through the chaotic Indian street traffic.  I learned how to drive at an early age, rode horses and scooters, and learned photography, which most women of my time did not do.

Having my sister and I become engineers, however, was my mother’s idea.

I remember when I got pregnant with my first daughter while running my startup living in the US: I was not comfortable telling Greg, our potential VC about my pregnancy, because he was a man.  It was too personal a subject for an Indian woman to discuss with any outsider male.  I asked my husband, who knew Greg, to talk to him.  My husband understood my dilemma.

I was shocked when Greg casually asked me, ‘when was I due’.  As far as I was concerned, he might as well have been asking me about my sex life.  Do you see what I mean?

Cultures of unfamiliar countries are hard to explain; they can only be experienced.

An Orchestra in Need of a Conductor: US Health Care
Previous