Immigration Issue – In Need of Leadership

Perhaps the learnings of the European Union and the Marshall Plan can help. 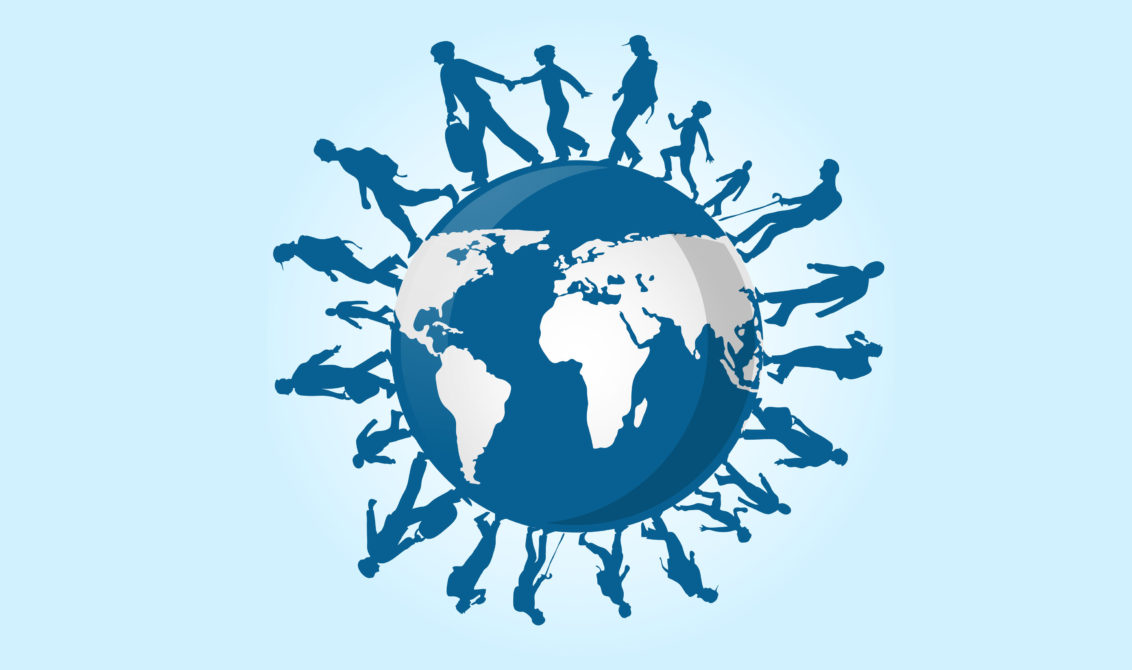 Immigration issues are real for liberals and conservatives alike.  Over the years, the influx of immigrants to the coastal regions of America has spurred their economies.  It is the cross-fertilization of American integrity and ingenuity, with ethnically and socioeconomically diverse immigrants — willing and eager to work hard — that has increased the US competitiveness in the global markets.

A more profound immigration policy is needed to regulate the number of new entrants we can absorb, whether they are seeking better lives, safety or refuge — while keeping our economy vibrant and preserving law and order.  For it to be lasting it must entail fairness and compassion, within and beyond our borders.

Europe’s immigration problems are worse than that of the US, as we heard on our recent visit to Austria and Germany.  My husband and I conversed with several intellectuals and other people of privilege.   Their perspectives reflected the complexity of the European Union (EU).

Our hosts in Austria were an Indian man who had been in my husband’s class at IIT Engineering College — and his wife, an Austrian baroness.  He had served as the head of European IFC, a private sister organization to World Bank, and lived most of his life in Washington, DC and Paris. He hosts dignitaries and discusses on international affairs.  They now live in Paris and Austria.

They had thrown a lavish banquet at their home — a medieval castle with its own Church.   The other guests were both intellectuals and aristocrats.  It was a rare opportunity to get a glimpse into their lives and thinking.

It made me study the post-World War II era and how the US played a major role in bringing peace, rebuilding Europe and shaping its own immigration policy.

As a new democracy and far away from Europe, the United States has a different history of immigration.

Our visit to Austria reminded me how World War II, which killed an estimated 50-80 million people and with the looming fear of nuclear war, led to the formation of the United Nations. It was established to preserve international cooperation while respecting national sovereignty. At the same time, sentiments of peace and tolerance were growing.  MLK Jr.’s and Gandhi’s philosophies of nonviolence were gaining momentum.

The US would join hands with our Western allies to protect each other militarily, economically, with trust and compassion and signed 1951 Refugee Convention documents.

And then Europe led a complex formation of EU.  The EU was awarded the Nobel Peace Prize for the advancement of peace, democracy and human rights. It made trade easier, and countries assumed fiscal responsibilities for each other.  Refugees could move around more fluidly within EU countries.  In light of increased fear of terrorism, it is now being rejected by many nations — leading to Brexit.

We are more in control of our destiny, compared to Europe.

Our 2000 miles long border with Mexico is difficult to secure. There are 30-40K apprehensions every month, including asylum seekers from Honduras, Guatemala, and El Salvador — entering legally by turning themselves in. They are fleeing gang recruitment, protection rackets, abusive police, and inept criminal justice systems.

Immigration handling has to be inclusive of establishing a better socio-economic order for others.

After World War II, US Secretary of State George Marshall presented the European Recovery Program, which became the Marshall Plan.  His policy he stated “is directed … against hunger, poverty, desperation and chaos (of the war). Its purpose should be the revival of a working economy in the world so as to permit the emergence of political and social conditions in which free institutions can exist.”  It did not escape serious criticism.

Our future leaders need to design a ‘Marshall Plan for Immigration’.  It will take financial capital, political will and social conscience. And as George Marshall said, “it has to provide…cure rather than a mere palliative.”

History itself should and does get forgotten, but the lessons learned, give us a perspective, of what is possible, when it looked impossible.

Why Screw It Up: Keep Democracy and Capitalism Alive
Previous

Assimilating In America - A View From Silicon Valley
Next