Why Screw It Up: Keep Democracy and Capitalism Alive

The interplay between Democracy and Capitalism is the strength of America. 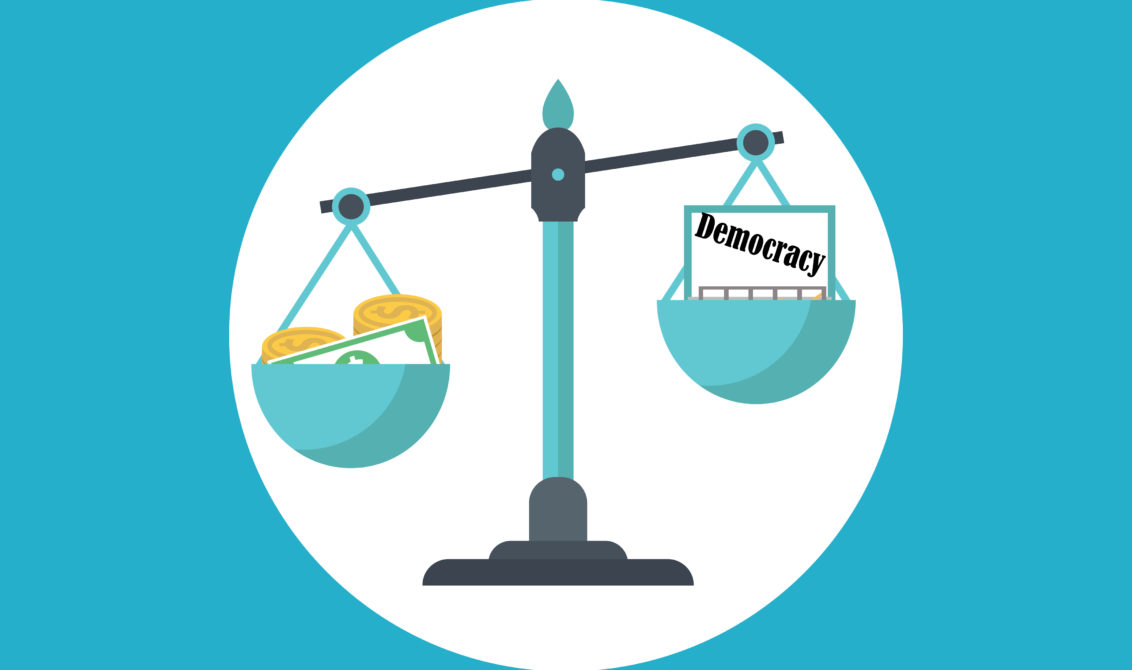 Democracy and capitalism are both misunderstood.  If we zoom in to understand the core principles and zoom-out to get the big picture, as Steve Jobs used to say, we can appreciate their beauty, challenges, and interdependencies.  The combination of democracy and capitalism has worked well for America.  Both are based on simple principles and have the inherent capacity to correct themselves.

Democracy at its core is “one person one vote” where each person votes in accordance with his or her conscience but the collective outcome serves society. It could be equated with collective wisdom, like in the Millionaire show where ‘ask the audience’ produces 91% accuracy.  Periodic reelection cycle allows the system to readjust to changed norms and expectations, new leaders emerge and new voters come of age. As a result, democracy advances.

Capitalism is an economic system, with private ownership of industry driven by profit motives of the owners, producing goods at lower costs.  But under competitive pressure, the goods are also sold at a lower price so that people can afford more.  In capitalism, the owners, workers, and consumers benefit — contrary to the belief that it serves only the rich.

Capitalism also needs an efficient financial system. Banks lend money to individuals and businesses.  Stock exchanges make IPOs possible through which employees and investors get liquidity but when people buy and sell stocks of Facebook or Amazon, they can also participate financially in the success of these companies.

At the heart of successful capitalism lies savvy government regulations, an outcome of a sound democracy.  Financial institutions are heavily regulated for good reason.  Without government oversight, they can be rigged, destroying the economy.  Bank deposits also need to be safeguarded.  Still, the financial industry is far from perfect as was shown by the 2008 financial meltdown.

The need for regulations for private industries is less apparent.  In 1890, when Rockefeller of Standard Oil garnered 90% of oil refinery market share, gobbling up competitors through predatory practices, hiring lobbyists and bribing politicians, the government enacted the Sherman Antitrust Act and broke up the monopoly of Standard Oil and 100 years later of AT&T.

When companies become monopolies, consumers have fewer choices, leading to higher prices.  Preventing monopolies to form, or breaking them up is what the Federal Trade Commission (FTC) focuses on.

Policing technology companies has been rather difficult because they innovate so rapidly.  In the case of Microsoft, the Department of Justice, latched on to the value of browser, early on.  Had they not brought the antitrust case against Microsoft forcing Windows to work with independent browsers, Google would not exist.

Amazon, Facebook, and Google have grown unchecked.  Market shares of Amazon are 47% in e-commerce, of Google 90% in search engine and of Facebook 55% in social networking.  But Amazon offers products at attractive prices and the other two companies charge nothing for providing enormous value to users through their platforms.  Their real competitive advantage, as we now understand, is big data.  How to factor that in, is the challenge.  They do not fit the classic model of a monopoly.

The cartel of big data needs to be broken. Can FTC force Facebook to spin-off WhatsApp, for example, with no advertising revenues and 1.5 billion monthly active users’ data?  Maybe some venture capitalists will fund it, converting WhatsApp into a profitable business model.

New business models are part of innovation.  The big three could also be forced to offer third-party digital-advertisement interface on their platforms, to promote competition in big data.

Before we blame the problem of not busting the big three on democracy,  patrician divide or on our leaders, we should realize the complexity of the issue — even for people in the thick of it.

However, there is no excuse for how Facebook caused Russian meddling, and why Google reads all our emails. Both know exactly what we are saying, buying, doing and sharing, and where we are.  Who agreed to this invasion of privacy?  It is simply creepy and wrong!

Competition is a painful reality for companies in Silicon Valley. The startup success rate is between one in 1000 to 10000.  Cisco is one of the few recent Valley giants still standing after 40 years.  My own public company fell to the competition when we did not evolve fast enough; Cisco’s routers engulfed our technology and wiped us out.  Despite our superior technology, Cisco had the advantage of consolidated equipment. Even so, competition is healthy for our democracy.

I would also argue that democracy is better equipped to be less corrupt and more transparent. Leaders, if not trusted, can get tossed out in subsequent elections.   Corruption is a big drag on innovation, as innovators cannot efficiently ward off existing leaders if they have to fight an opaque political system.

Democracy needs capitalism and vibrant industries that provide jobs, without entitlements.  Handouts take incentives away and increase taxation, reducing take-home income. However, democracy must strive to provide affordable water, electricity, housing and healthcare, so that citizens can contribute to their own and country’s wellbeing.

Aging Is Not A Disease
Previous

Immigration Issue - In Need of Leadership
Next