Need jobs for the new economy through increased competition. 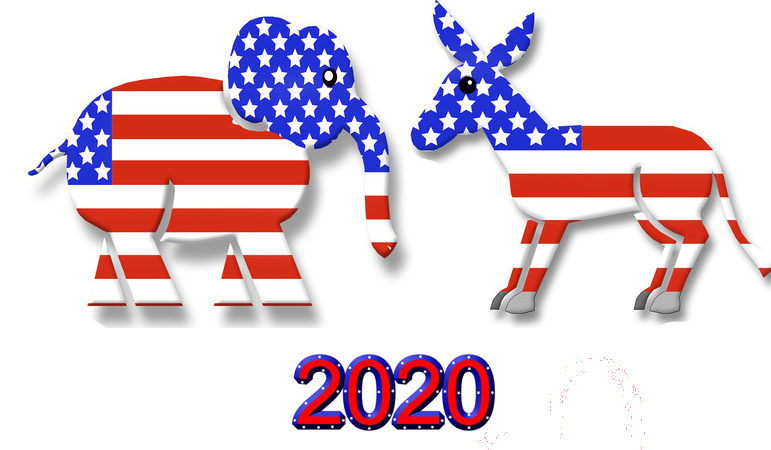 We should vote more responsibly in the 2020 national, state and local elections.

I felt the urge to dive into researching presidential candidates when Houshang, an Iranian Lyft driver whom I met recently, told me in broken English, how America is the best place because it has democracy.

Houshang is planning to vote for Trump, because ‘Trump is putting pressure on rough practices of the current Iranian government.’  This is not an important issue for many Americans but reveals how voters vote with both hearts and minds.  Further, they don’t always vote with pocketbooks but for their aspirations, making election results hard to predict.

The first Democratic Presidential Primary debate on June 26 and 27 in Miami is a good place to start — approximately 12 debates are anticipated.  Identifying the big issues and the candidates with insights are the challenges.

Trump is likely to be the Republican nominee in 2020.  Hence the focus here is on Democratic presidential candidates.

The Democratic Presidential electoral success is not likely to come by a Trump showdown or making gender and race paramount.

The candidate must be a pragmatic ideologist. Without ideologies, our decisions tend to be self-serving.  Without pragmatism, the ideologies have no legs to stand on. The leader must be able to move the ball forward.

She or he must be able to walk the talk of diplomacy to make any progress on important issues like gun control, capital punishment, or Roe v. Wade.  Today’s divide is not based on fundamental disagreements, but where we put the boundaries.

The election debates will be about the working middle class, universal health care, expensive college education, immigration and diversity, income inequality, and climate change — in no particular order.  These are important topics, and we need a path to get there.

In my analysis, I tend to be party neutral, fiscally conservative, socially liberal and egalitarian.  I despise Trump for his predatory behavior towards women and being a public bully of his lieutenants.  However, I admire the fact that he could successfully and legally mastermind the last campaign against odds because Facebook acted irresponsibly.

With the most-recent available information, I picked the top 6 based on Ranking the Top Democratic Presidential Candidates by Nicole Duran who has covered politics in Washington and is also the senior editor for The Kiplinger Letter. Other rankings based on polls and money raised are similar but not as current.

Joe Biden: The former vice president is a statesman. His family values are outstanding, especially when they will be contrasted with Trump.  He has kicked off his campaign with a message of ‘unity over anger’.  He is a moderate and part of the party’s old guard.

Bernie Sanders: He has gained respect by standing against established political order, and corrupt campaign financing.  He is an independent socialist, which resonates well with most Americans. But he is an idealist without sufficient pragmatism.  He sheds light on inequality but offers little in terms of solution.

Pete Buttigieg:  The mayor of South Bend, Indiana, with a population of a little over 100K, is gaining prominence for a reason.  He connects well with middle-class America’s issues. He is a Rhode Scholar and served in Afghanistan as a naval intelligence officer. He also has an impressive resume for the job.

Beto O’Rourke: Former Texas congressman who narrowly lost a 2018 Senate election to Ted Cruz.  It was impressive performance in a red state, especially against an incumbent. A strong campaigner and a good family man.  Climate change is a major part of his agenda.  His vision is not compelling enough, for me.

Elizabeth Warren:  The senator from Massachusetts is urging undoing monopolistic acquisitions by Facebook, Google, and Amazon, to spur competition. As a former Harvard professor, she has expertise in anti-corruption and protecting the rights of consumers.  A formidable candidate who has put forward a new idea consistent with a capitalistic economy.

Kamala Harris: The California senator and former state Attorney General, is a liberal Siliconeer. She is pro women and an advocate for reforming the justice system for fairer treatment of minorities.  She is articulate but her vision is not wholesome for the national stage.

The candidate’s success will depend on who can elevate the conversation with due respect for free markets, innovation, and diversity.

After the first term, President Trump is likely to be remembered for his stand on immigration and China.

Similarly, trade tariffs are considered protectionism which is bad for our capitalistic economy, the fuel of American innovation. Competition whether local or foreign makes us sharper.

This is also why the new tech monopolies should not be tolerated.  And above all, they should not be allowed to sell their users-profiles to local or foreign interests to influence our elections.

America’s advocacy for fairness should not be overlooked and we the electorates can make the difference.

Aging Is Not A Disease
Next