In India, religions are omnipresent but occasionally clash. Mahatma Gandhi was shot and killed by a Hindu because he preached tolerance towards Muslims as Hindu-Muslim riots erupted 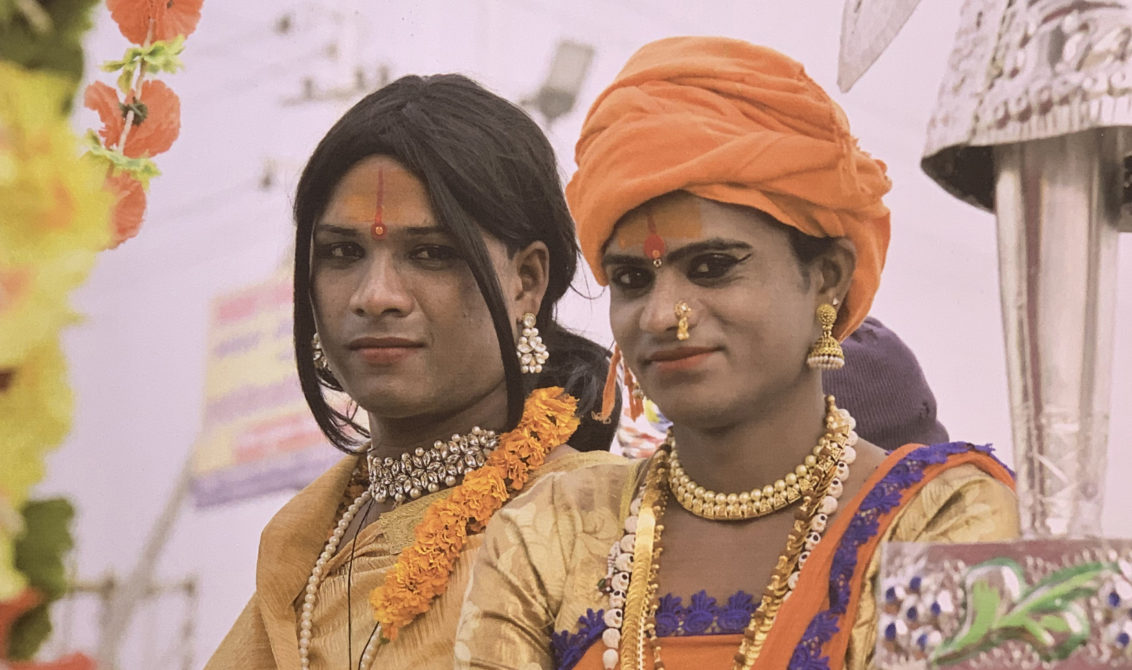 On a recent trip to India to immerse my mother’s ashes, and then to politically charged Kashmir, I was immersed in the religiosity and politics that I had left behind 46 years ago.

On the 27th of February, we landed in  Allahabad’s Kumbh Mela, on the banks of the Ganges, a massive Hindu gathering, held every three years.

When my mother died in California, we gave her an American farewell. Then, per Hindu tradition, my sister and I immersed Mom’s ashes at Sangam, the confluence of three holy rivers, during the auspicious timing of the Kumbh Mela.

After the immersion, we took the holy dip in Sangam to attain moksha — freedom from the cycle of life and death. 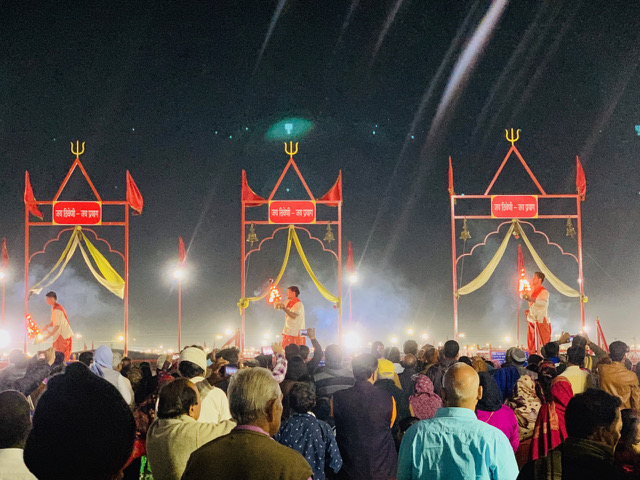 Mom lived in the US for the last 25 years.  She was a well educated Hindu lady.   She wanted her ashes immersed in India, saying, “I want to be reborn in India”.  I wonder why she hadn’t wanted moksha, but most Hindus tend not to dwell on contradictions.

The boundaries of Hinduism are porous.  A Hindu may worship many gods or just a guru.

While living in India, we avoided Kumbh.   People got killed by drowning, stampedes, and disease outbreaks.  But, now 120,000 temporary toilets were installed, all boats required life-jackets, and the Ganges-banks were made safe and clean for the millions taking the holy dip.

This was an impressive display of Prime Minister Modi’s Clean India initiative.  2019 is an election year and Modi was criticized for burnishing his image, by spending taxpayers’ money at Kumbh.

Kumbh displayed 14 akharas (arenas) for different Hindu sects, where their sadhus (holy men) resided and devotees came for special assemblies.  Some of the holy men wore robes of saffron or white, others were naked with matted dreadlocks and ashes rubbed into their skin.

Most surprising to me was the transgender akhara.  I remembered transgenders as a rejected community while growing up.  These transgender women showed up, uninvited, at people’s homes when a baby was born, dressed in sarees, wearing gaudy makeup and jewelry, singing and dancing, and asking for money. They demanded more for a male child than for a female.

But at Kumbh Mela, they were revered.  Men and women touched their feet and offered money. Hinduism has permitted the inclusion of more demigods, leading to social progress.

Then we flew to Kashmir, a beautiful valley tucked into the Himalayas along the Jhelum River, with fruit and nut orchards. 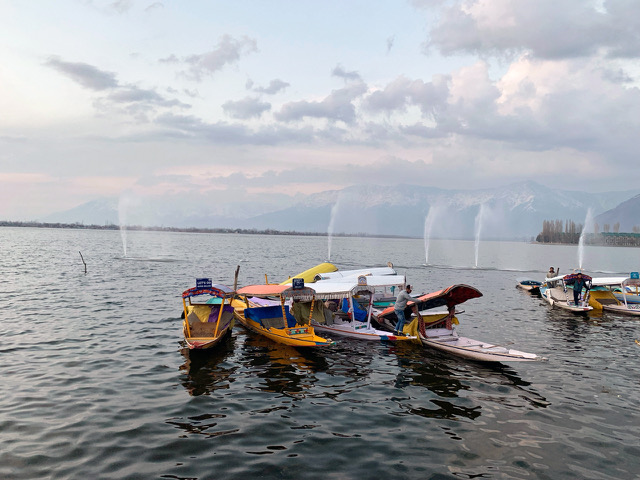 Two weeks before we arrived, a 20-year-old Kashmiri suicide bomber killed 44 Indian border forces.  Prime Minister Modi immediately ordered the bombing of the terrorist camp in Pakistan, the training-ground of the suicide bomber.  An Indian plane got shot down and Modi negotiated the release of its pilot.  As we landed in the capital city of Srinagar, the freed pilot walked across the border near Amritsar, our next destination.

Patriotic feelings were rampant in India, but not in Kashmir, which is 95% Muslim.

Kashmir has been a hotbed of conflict between India and Pakistan ever since independence from Britain.

We brought up the subject with our guide, “Rashid,” a young man of about 35, born and raised in Kashmir.  He suspected Prime Minister Modi behind the suicide bombing, to give a boost to his re-election campaign.

In Srinagar, para-military stood at every corner. “They have hurt or killed someone in our family or extended family,” Rashid said with contempt.  Rashid blamed India for not giving Kashmir autonomy and for not investing in its economic improvement.

But the next day Rashid’s mood had softened.  “Kashmiris are peace loving and crave love. If India showed just a little bit of it, we would go running towards them,” he said.  Perhaps his gentler words had something to do with his engagement the night before. With a twinkle in eyes, he showed us photos of his fiancée.

He bade us a warm farewell.

At the airport there were military men in uniform, waiting to board their flights back home.  At last, Mr. Verma, in uniform, talking on the cell-phone returned my smile and included me in the FaceTime call with his kids.  He was the head of a battalion and had spent three years in Kashmir. He was proud of India and said, “I will die for India in a heartbeat.”

When I probed, he said that the Kashmiris had lost their minds, and are unlawful. They threw stones at his troops as they took their positions in the morning and did not appreciate how much the Indian government did for their security and welfare.

Impressed with Mr. Verma’s commitment to India and with Rashid for letting us into his world, I proceeded to my gate for departure to Amritsar.

Amritsar, another border town, is famous for its Golden Temple, the seat of Sikhism, the third-largest religion of India. Hindus and Sikhs had peacefully co-existed for centuries until Prime Minister Indira Gandhi attacked the Golden Temple in 1984, and four months later was assassinated by her Sikh bodyguard. 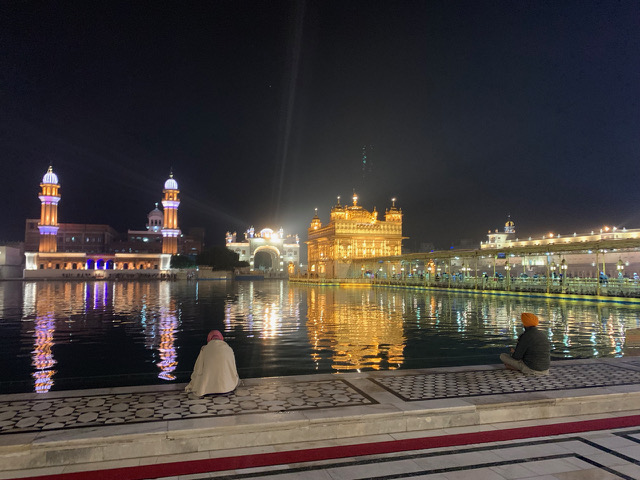 In India, religions are omnipresent but occasionally clash.  Mahatma Gandhi was shot and killed by a Hindu because he preached tolerance towards Muslims as Hindu-Muslim riots erupted during partition.

( The author is an atheist with a belief in humanity)

A Journey of Transformations
Previous