Giving – Is A Problem Of The Rich

Bill Gates will spend much of his life figuring out how to give away the money that he has made.  Warren Buffett is wiser; he decided to let Bill do the job so that Warren himself can keep running Berkshire, which he loves to do and what he is good at. As immigrants, my husband Listen More   Read More 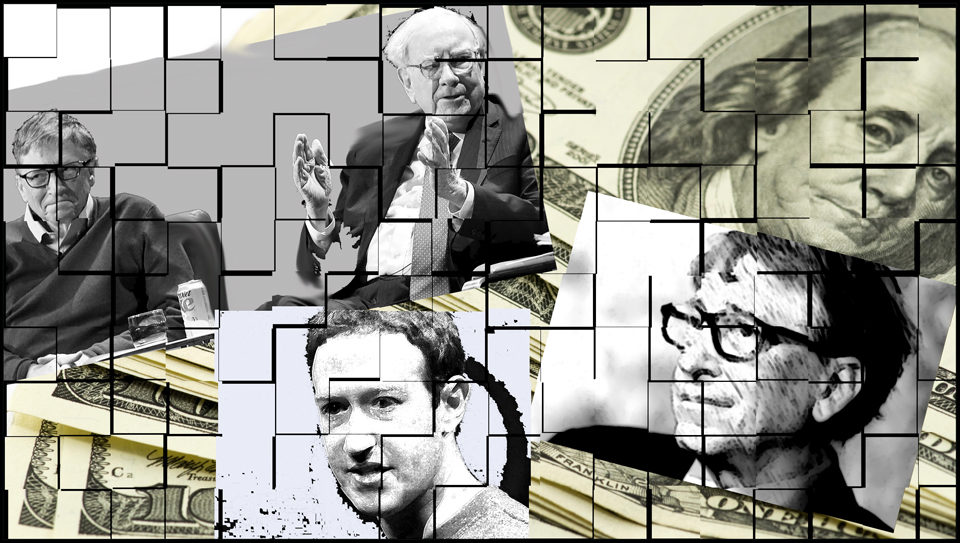 Bill Gates will spend much of his life figuring out how to give away the money that he has made.  Warren Buffett is wiser; he decided to let Bill do the job so that Warren himself can keep running Berkshire, which he loves to do and what he is good at.

As immigrants, my husband and I thought about giving only when we owned our home and two cars mortgage-free and income seemed steady. This had not been the case for the first 20 years, as we had two self-funded startups in the family.

Initially giving was easy.  When a cause appealed and someone we respected approached us, we would write a check and that was it.  But once our companies went public, we had more money than we could get used to, and we were advised to have a strategy of giving.

We need a strategy because by properly timing the giving, we can take advantage of the tax laws. Tax laws help maximize what charities receive and what we get back from Uncle Sam in tax savings.   When we make more, we donate more.

Further, donating appreciated stock to charity, before selling, reduces our taxes even more. This is how it works; we purchase a stock for $10, hold it of at least 12 months, and it is now worth $110 — if we sell the stock, we can give charity $86, because $24 has to be paid to IRS (long-term capital gains and Medicare taxes) — if instead we donate the stock directly to charity, the charity gets the full $110, and our taxable income reduces by $110 instead of $86 resulting in added tax-reductions.

If this gets too complicated, we may think of leaving the stock to the children and let them donate.   But that is a bad idea. Children will first pay a 40% inheritance tax after allowable deductions, getting only $66 of the $110. It is far better to donate while we are still alive.

We know a wealthy couple without children. They mentioned that they do not like to involve themselves in charities, so they do not know how to give and to whom!  In 2016 there were 1.1 million nonprofits in the US. Everyone wants their hard-earned money to make a real impact and the receiving charity to use it wisely. But without researching a nonprofit it is impossible to know how it uses its funds.

Major initiatives of the Gates Foundation are far-reaching but difficult ones to tackle. After spending 12 years at Microsoft, Gates made it to the list of Forbes wealthiest.  Bill has spent tens of millions and worked full time for the foundation for 11 years, and the CEO of Gates foundation, in her blog states “..the biggest achievement in the foundation’s first 15 years is the extent to which its approach has changed expectations,” which sounds warm and fuzzy, at best.  It shows how tough giving can be.

Empathy for startups in Silicon Valley is deeply rooted and it brings another twist to giving.  Mark Zuckerberg, for example decided that his foundation should be able to support for-profit entities along with charitable causes. The Zuckerberg-Chan Foundation is set up as an LLC. Mark may feel that his involvement in startups can help him stay in touch with the technology-world outside Facebook, produce higher returns for the foundation, but also could be beneficial for Facebook’s business.

When I approached a successful entrepreneur for donations on behalf of a charity that I have done fundraisers for, he turned me down.  He considers investing in struggling entrepreneurs as charitable giving, he said.  Based on my own background, involvement in startups can be a very meaningful and exhilarating experience.  However the tax treatments are different.

Good charities are frugal and their management quite astute.  They put tremendous effort to define their strategic priorities.   As a result instead of asking them to do what might seem important to me, I tend to support project/s on their roadmap.

The psychology of giving is not so pure. Leo Tolstoy, the world renowned writer recognized for his teachings on morality, analyzed his own feelings on giving in the Complete Works of Count Tolstoy. He questions — do we give because it gives us pleasure — do we feel guilty of how little we give, when we come across someone with lot less who gave much larger portion of his money — do we feel embarrassed when we think of why we dole out money to one beggar over another.

Giving should be based on pragmatism, instinct, and simplicity — not optimizing too many things. Giving can be gratifying and it may raise our stature in the society, but it is time-consuming and we are still left with doubts if we are on the right track and donating for the right reasons.

(Disclaimer: Please contact your personal tax advisor for details.  The author is not a tax expert.)

When Women Think Of Women ‘The Change' Happens
Next