Why I, A Woman Tech-Entrepreneur, And Immigrant, Am Voting For Hillary

Hillary Rodham Clinton is a decent human being, hardworking, and refuses to feel sorry for herself. I am a woman of color from a similar era, with an... 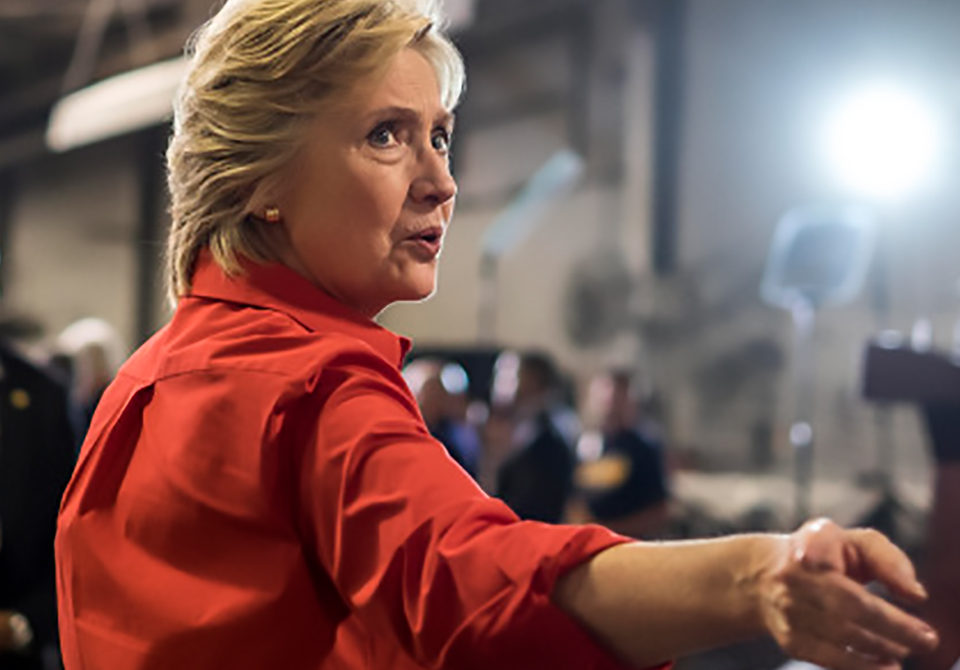 Hillary Rodham Clinton is a decent human being, hardworking, and refuses to feel sorry for herself. I am a woman of color from a similar era, with an accent, and a successful entrepreneur of Silicon Valley. I have fought the subtle battles that women of our generation have fought. Hillary is presidential material and will get the job done, plus her flaws pale in comparison to those of her main rival in this race.

Recently FBI director James Comey recommended no criminal charges against Hillary Clinton, in handling of classified information in private emails when she was Secretary of State. She was “extremely careless” but found no “intentional misconduct or indications of disloyalty to the United States or efforts to obstruct justice.” Comey is a man of integrity on all counts. He concluded the same as most Americans did.

Raising my own daughters has made me keenly aware of how American culture treats girls differently from boys. I was born in India, the second of three daughters. My husband and I have two ambitious daughters, now in their 20s, born and brought up in the US. Girls in the US are praised for making everyone else happy. They quickly learn that thanking others profusely for the smallest things, smiling even when there is no reason to do so, helping around the house, spending time with grandparents and studying diligently will earn them acceptance. Girls get harsher and more persistent criticism than boys for being impolite or less considerate. However “boys will be boys.” Boys are not expected to be docile or to help with the housework. Girls settle down as compliant home makers while boys grow up to earn a living. The economic power of men further tips the scale in their favor and they have much louder voice in marriage, and the cycle continues. Boys can be brash, bullying or boorish and their behavior is not just tolerated but admired, as is the case with Donald Trump.

I started my own successful technology company in Silicon Valley. My husband had started his own company five years earlier. We were both ambitious, hard driving with two startups and then two public companies, while raising our daughters. One can easily understand how hectic our lives must have been. My husband helped at home more than most men, but I still did more than half of the housework in addition to hiring, firing and managing domestic help. I was the one who had to get up in the middle of the night whenever the babies cried. When the second baby arrived, I was a sleep-deprived zombie for months. I would bet that Hillary was the same way. No woman working full time should have to endure this. Men must participate in night duties and be reasonable, if we expect more women to break the glass ceilings.

Even when we take on more of our share of work in the home, some of us have a boiling ambition and want to do it all. Hillary is an ambitious woman who has worked non-stop while being a mother and wife. Hillary has been vehemently criticized by some for tolerating Bill’s affairs. Let me offer a point of view. Most ambitious women also want to have a family, live a full life, and are willing to work at it. Hillary kept her marriage together through Bill’s infidelities. She has been ridiculed when she denied his affairs, perhaps because she wanted to believe him. Sometime denial is a way to protect the status quo. If she forgave her husband, that was her greatness. Blaming the victim is another form of gender bias that women have historically experienced. To my surprise, Donald Trump who had an affair while being married to his first wife, and married three times, is considered an okay man by American standards!

An incident that does bother me is that at times Hillary has exaggerated; in 2008 she told a tale of landing under sniper fire in Bosnia, which turned out to be untrue. This was insignificant, yet my idealism demands better from our president-to-be. Yet she has powerful positives going for her.

Hillary has worked tirelessly to advance ‘our’ agenda; to help underserved and disabled children and provide affordable childcare for women. She is an experienced diplomat who understands the global landscape, when to compromise and when not to. She was the senator in New York at the time of 9/11. She pushed to get $20B funding from the then president George Bush to rebuild the city, and got approved significant additional medical support to the first responders who came down with asbestos poisoning and respiratory diseases. She took the helm as Secretary of State and travelled to more than 100 countries, meeting our allies and our adversaries, educating them and exchanging ideas. As a result we extricated ourselves from several crises. President Obama’s job would have been much more difficult without her statesmanship.

Hillary as the first woman to be a presidential nominee in the US will certainly leave her legacy behind for her perseverance, compassion and inner strength. I cringe, when I think how she will be subjected to the ugliest political invective and insults in our history, partly because she is a woman. It is time we stop castigating Hillary and give her the opportunity to lead our nation and uphold and elevate American values.

Is Starting Your Own Company Your Cup of Tea?
Previous

Why B-School Education Is A Misfit For Silicon Valley
Next