Is it how Silicon Valley pursues its dreams ... 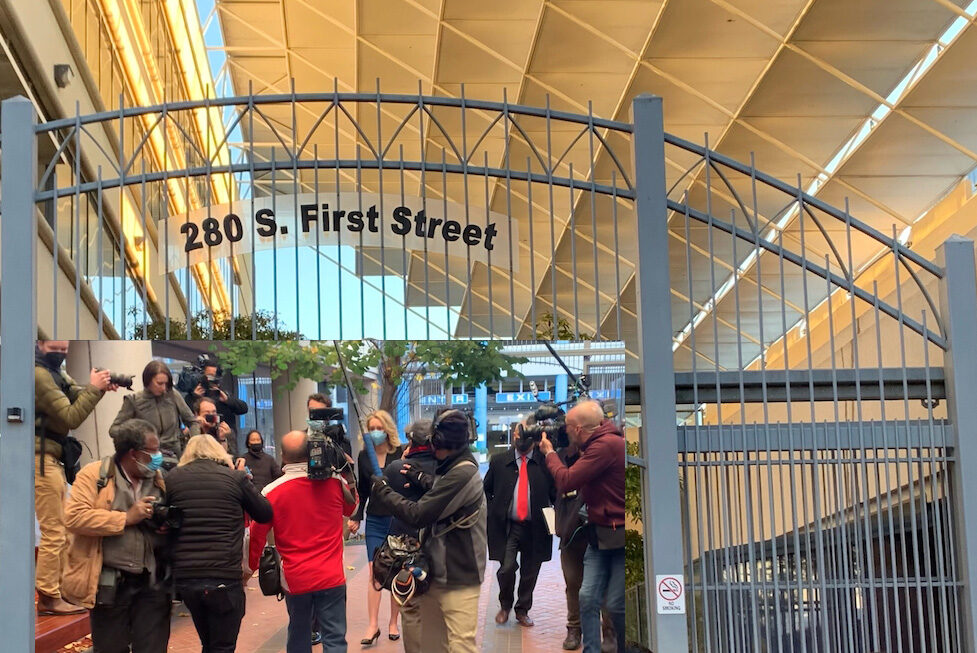 Last Monday I got up at 5 a.m. to get a seat in the courtroom where Elizabeth Holmes, the founder and CEO of Theranos was on the stand in her own defense.  Reporters and curious Siliconeers had come in droves to see history in the making.

Seeing all of the TV cameras made me feel good about my own decision to come. Then I saw the camera crew rush off, and when I followed the crowd, I caught a glimpse of Elizabeth Holmes, flanked by her partner Evans and her mother Noel.

Although Holmes is facing serious criminal charges, she will remain a tech icon.

Presentation of evidence in the trial is continuing.  Based on my conversations with people who were waiting in line, it was obvious that the opinions on Holmes were divided — a retired NASA scientist spoke of Holmes with admiration, while his wife rolled her eyes.

People were there partly to see and hear her but also some to confirm their own views of Silicon Valley’s underbelly.

According to the podcast The Dropout, investor Brian Grossman, Founding Partner of PFM fund, offered strong credible testimony to the contrary. Investing in startups is tricky.  Unlike most other investors of Theranos, Gossman is a professional Valley VC who did his homework.

Theranos raised $1.3 billion, but most money came from non-traditional investors like Rupert Murdoch, Walgreens, and Larry Ellison who were swept by the hype of a hot start-up.

Our friend and Valley investor Tim Draper who provided the initial funding for the company is an outspoken defender of Theranos. But he did not take the stand.

Other witnesses eluded that Theranos often used standard commercial equipment to generate data and pretended that it came from their platform, but no hard proof was offered.

This is a historic trial for several reasons:

I borrowed Bad Blood, John Carreyrou’s book about Theranos and Holmes, from a friend who was the CEO of Palo Alto Medical Foundation — when it first came out in 2018.  He believed that Elizabeth Holmes was deliberately concealing information from investors and hyping the company’s product capabilities.

He was shocked to hear from me about how hi-techs work.  With my extensive experience in managing research and development in Silicon Valley, I tried to explain that developing a technology product is unpredictable, as the technology has not yet been invented.  Predicting, product delivery schedules is a two-sided coin.  If you pad the expected completion date to ensure on-time delivery, you may be accurate but miss the market window.  As a result, CEOs negotiate with engineering for expediency and are often late in delivery.  The CEOs then try to pacify their customers and investors, while continuing to pressure the organization to deliver. Being comfortable is not part of the startup culture — we live on the edge.

How does Silicon Valley balance optimism and wishful thinking with realism?

I might argue Theranos was just late in perfecting the technology — which is not too unusual.  They claim that investors and customers did not fully grasp what they disclosed.

Holmes at 37, came across as a mature voice to me when she testified.

But, so far it has been easy for Ms. Holmes.  She is being questioned by her own attorney, and she has rehearsed her answers.  The real test will come when the prosecution places her under cross-examination.

The safest way to respond to the prosecutor will be to answer “yes,” “no,” or “I do not recall.”

Holmes can be personable, according to the journalist Roger Parloff of WSJ, who initially interviewed Holmes, in 2015 and wrote an article.

So was Theranos just late in delivering the new technology, or was that technology nonexistent?

If Holmes committed a crime, she should not go unpunished. The jury will have a great deal to think about.

Getting at the Top of Your Game
Previous