A Brave New World: The Game of Bridge

One will not regret taking the thrilling ride where fear, joy, and learnings come together... 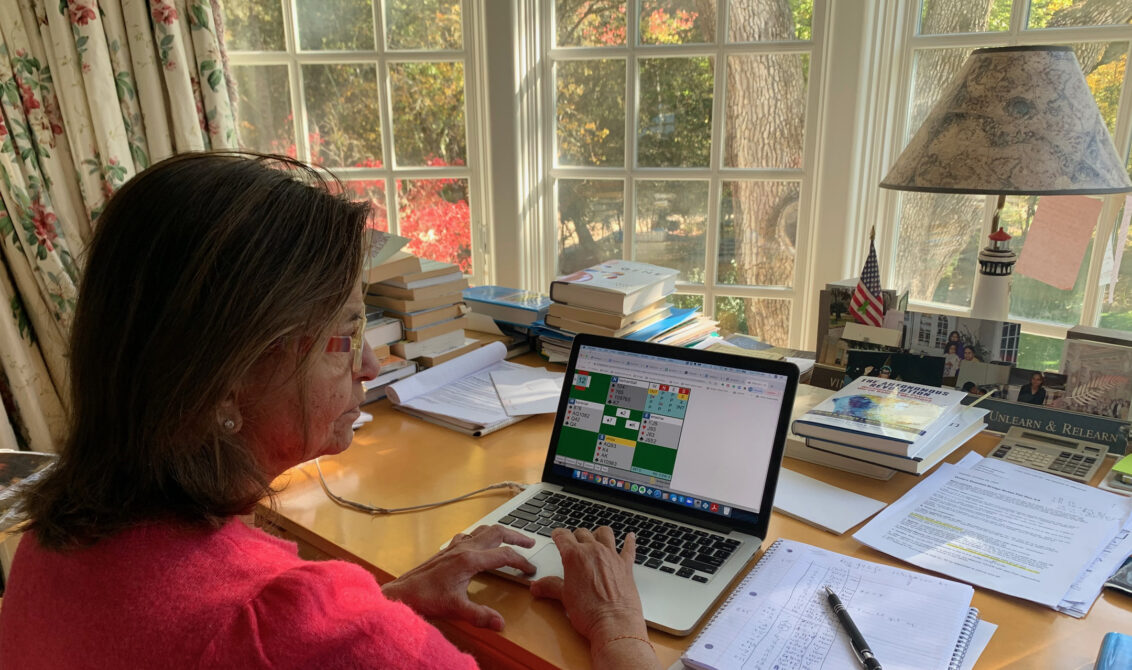 As the holidays approach, I want to get back into a calmer and reflective state, when my thinking is deeper and clearer.  For most of the year, the pandemic and the amped-up presidential campaign made this difficult.

Last week I played bridge for nine hours a day for four consecutive days. It was both exhausting and invigorating.  The biggest change caused by the lockdown is that games are all played online.  They are great for learning, but not considered serious, as players can call and exchange information.

Since learning to play bridge which started ten years ago, I am reminded of how good it has been for my psyche.  Following a self-imposed retirement after running my startup for almost 20 years, taking it public, and then buying it back, what could be next for me?

It would take me several years to find out. Investing in startups or starting another company, seemed a bit of a replay of an old movie that I had already seen.

Starting a company was an adventure beyond my wildest imagination, and perhaps that was what I was seeking again, another experience just as exciting.

Bridge is played with a standard card deck, amongst four players or two partners, one from each team like in doubles tennis. All cards are dealt, face down.

First is the bidding part where each player describes the nature of her hand in a bidding language.  It goes around the table multiple times, till one side wins the auction, for the most number of tricks.

After the auction is over, one of the partners of the auction-winning-pair has to open her cards for all others to see.  The next goal is to skillfully make or defeat the promised trick-count.

Every new deal can be a new adventure. As many more card combinations are possible than there can be bidding agreements.  Also, it can be hard for a player to remember everything in the heat of the moment. Skillful deception is part of the game, too.   As a result, computers are unable to defeat bridge-experts.

When I entered this world, I found myself in a totally unfamiliar landscape, with numerous intricacies of the play, and the intensity of competition.  I had to learn to navigate within a new community by finding a pro to become my teacher, who would also be my partner in tournaments — a complex relationship.

It would also mean understanding what it takes to win — the mindfulness, the training, and getting into the right mindset before a tournament. Developing a new morning prep routine was much different from getting ready for my day job as CEO of a technology company.

When for the first time after a multi-day bridge event my team advanced in a National tournament in Seattle, to play behind screens, it felt like entering the big boys league and I got hooked to the game.  A diagonal screen at the table blocked partners from seeing each other to prevent passing signals.  It got serious but intimidating.

Three years later, in the finals, I would face the top pair from Poland (Balicki – Zmudzinski).  The player on my side of the screen was quite animated.  I also realized that they played by a different bidding system, called ‘Polish Club,’ that I had never heard of. They also spoke very little English.

I was allowed to ask my screen-mate what their bids meant.   In the final deal, I became nervous and flustered him by asking too many questions.  I felt he was trying to intimidate me.  But that did not stop me from trying to get answers to my questions.  Finally, he picked up a pen, and furiously started writing down every bid he and his partner had made and what each one meant. He was evidently unhappy to be playing against a rookie. He became so upset that he misplayed the hand. As a result, my team won our first national championship.

A few years later this Polish pair was caught cheating and barred from playing forever.  But by and large, most bridge players are like philosophers who enjoy the game for its intellectual purity.

All bridge players have rituals to wake up their bridge brain before going into a tournament.

I would also pore over the rules and methods, and mentally prepare myself as I had for my college exams.  To steady my nerves and slow my heartbeat before entering a hall of 500 bridge players I would relax with a Sudoku puzzle, meditation, or listening to music.  I found the players’ facial expressions interesting.  Their eyes were glazed as they seemed to stare into space.

Sitting at the table playing against the Tiger Woods of the bridge world could be humiliating as they could kill me, but it also made me a fiercer competitor.  I was learning new lessons all the time.  But wasn’t that what I wanted? Not just excitement but something beyond my wildest imagination, a new arena to play in, where my business expertise did not matter.  It took an investment of time and money to gain the transcending experience in my post-retirement years.