It’s No Longer Hillary Vs. Donald: It’s About American Women

The 2016 presidential race has imbued in us a renewed sense of urgency to seek action against unjust treatment of women in our society, and to elevate their status. Mr. Trump’s video of belittling women has lashed out against the dignity and decency of American men and women alike. We know that women through their Listen More   Read More 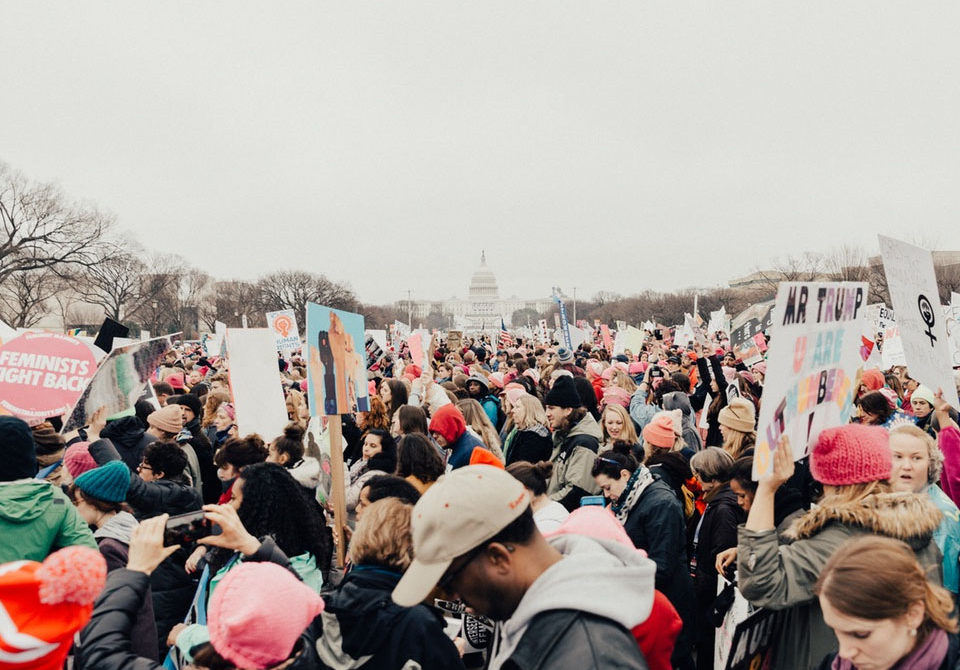 The 2016 presidential race has imbued in us a renewed sense of urgency to seek action against unjust treatment of women in our society, and to elevate their status. Mr. Trump’s video of belittling women has lashed out against the dignity and decency of American men and women alike. We know that women through their hard work and ethics continue to weave the fabric of our culture. It’s time we recognize their significant contributions to society and to our economy. We must have zero tolerance for men, especially in positions of power, who continue to physically violate women insistently and opportunistically, because it’s much harder to bring evidence against them, under the current laws. It takes prolonged serious examination and conversations, before wrong done over centuries can be set right, and before the pain of women can be felt, to set in motion the long overdue major course-correction.

Mr. Trump’s boorish remarks about women have provoked American conscience and sentiments. Selfish behavior or taking advantage of others is not acceptable. Historically those societies and civilizations that strive to be altruistic, have been the ones to lead the world to progress, and it is my hope that the US shall continue to be the leader. In my observation Americans are quiet by temperament, but determined to bring change in the wake of injustice. As an immigrant woman from India, I have observed America’s virtues and imperfections. It’s here that I found physical security, authenticity, and opportunity. As a Silicon Valley entrepreneur I found education, hard work and integrity, as the main ingredients of success, along with good luck.

Women are intelligent, compassionate and adaptive. They instill social values in our children. It is women who shoulder the responsibility of the children when men walk away or refuse to acknowledge paternity. They work both inside and outside the home. According to the 2015 US Bureau of Labour Statistics, 57% of all women and 70% of mothers with children under 18 are in the workforce. They are the CEOs of Fortune 500 companies, Supreme Court Justices, members of the armed forces, startup leaders, researchers, physicians, nurses, teachers, factory workers, home cleaners and stay-at-home mothers. They work tirelessly without demanding financial compensation or healthcare benefits for their domestic work. They are also imperfect, but we still admire them for their “do-what-it-takes” ethic. Mental toughness and physical durability are their trademarks and they deserve to be respected.

Another problem is that in addition to not being appreciated, and not getting paid for their domestic work, women’s productivity as the caretakers of our children and our elderly parents is excluded from the national GDP. GDP (Gross Domestic Product) is the overarching measure of a country’s economy. If we start measuring the true GDP which includes domestic work, we will have a renewed respect for the tangible value-add of women. And as we know well, in business, “what gets measured also starts improving.” This would be a great way to grow the GDP of America in the double digits again. This is not even part of the national conversation!

Entrenched gender bias continues to hold women back. In addition, sexual harassment, is dehumanizing and distracting. Women working outside their homes are as much in need of money as men, while playing the dual roles of homemaker and wage earner. Most cannot afford to lose their jobs, nor do they have the time and energy to bring lawsuits against men like Donald Trump. These types of men break their spirit. Women spend sleepless nights resenting what is happening to them, feeling frustrated, and knowing they must get up the next morning, brush themselves off, and go right back to work.

Day after day, year after year, and generation after generation, the cycle has continued. Courts require proof of evidence against men who victimize women, and such an evidence has not always been easy to produce. When hailed with sexually oriented comments, stalked, or hugged inappropriately or worst groped, how do you prove? It’s the bosses, professors and coaches, amongst many others doing it. If lawmakers could cognize the extent of sexual harassment, the laws would be restructured so that women can seek justice more easily while still protecting the innocents.

But courts are not the place to seek social justice. More lasting reformations require us to change the way that we think about women and abhor demeaning “locker room talk.” It requires us to reflect upon why women deserve equality and discard traditional thinking which has debilitated humanity. Cultural reforms are inherently slow and difficult to make, and the process can incite conflicts and inflict tremendous amounts of pain. I hope that the music shall never stop and the conversation will continue.

“We are the change that we seek,” words of Barack Obama.

How I "STEAMed" Ahead In Silicon Valley
Next