The Roulette Wheel of Real Money

Reading the tea leaves of how the economy functions. 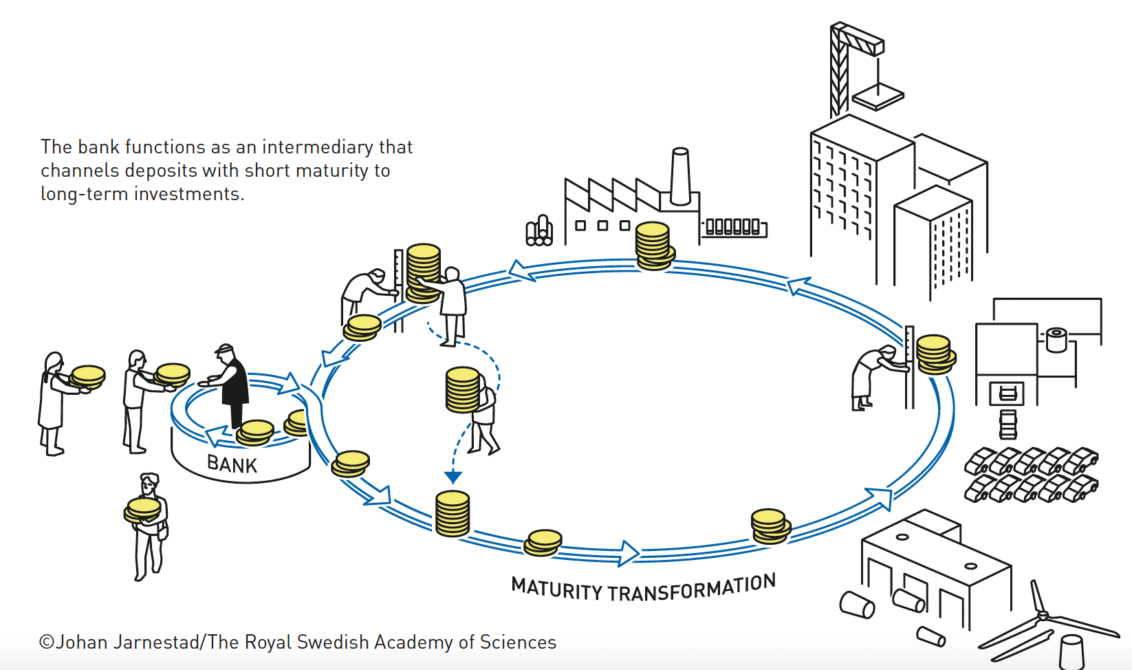 On October 10, this year’s Nobel Prize of Economics Sciences was awarded to Ben S. Bernanke, Douglas W. Diamond, and Philip H. Dybvig.  Understanding the impact of their work is especially important in the current economic environment when “inflation is high, interest rates have been rising and bond and stock prices have plummeted.  Predictions of a possible recession are proliferating.”  And what role has the  U.S. government played and how will it ensure the soundness and integrity of our financial system?

To curb high inflation, the Federal Reserve, the United States central bank, announced several large interest rate hikes this year.  According to the WSJ, economists are worried. “The Federal Reserve’s big interest rate increases are raising the risks that it will overshoot.”  How does the Fed balance the near-term and long-term impact of its actions?

Because no economic institution can strike this balance, perhaps this is why it took the Nobel Committee 40 years to see if the Laureates’ research actually worked and truly helped humanity in a significant way.

Ben Bernanke was the chair of the Federal Reserve (2006-2014).  In a 2002 speech, he said that “most monetary policies are derived based on historic data, and ‘natural experiments.’  And natural experiments, by definition, cannot be done in a controlled environment.”  This implies that they cannot be 100% conclusive, and correlation does not always mean causation.  Long-term implications of any move today are not only difficult to predict but also their effects are difficult to measure, because the environment changes, so different knobs need to be turned.

Bernanke understood how bank runs prolong economic crises — a self-fulfilling prophecy.  He emphasized the government should try to save important banks; otherwise, the panic causes other banks to fail.

Bernanke’s tenure as the head of the Federal Reserve coincided with the economic crisis of 2008-2009.  The Nobel Committee praised him for supporting the bailout of the banking, automobile, and insurance industries, thus preventing an even worse crisis.  It was not a popular decision at the time.

The Federal Reserve’s statutory mandate is to promote maximum employment, stable prices, and moderate long-term interest rates.  They look at their crystal ball and tweak short-term interest rates, the money supply, and/or the percentage of reserves that banks are required to hold (and not lend) against the deposits.

According to the Nobel Committee’s press release, the other two laureates in the Economic Sciences, Douglas Diamond and Philip Dybvig, explain in a 1983 paper how banks, besides providing liquidity between borrowers and depositors, monitor borrowers’ ability to pay back.  It is valuable data for future lending decisions which a bank can use in the future but is lost forever when a bank fails.  “The bank makes an initial credit evaluation and then also follows how the investment is progressing. Thanks to this, many bankruptcies can be avoided and societal costs are reduced.”

Alfred Nobel’s will states that prizes be given, “to those who…have conferred the greatest benefit to humankind.”  Their theory and new understandings alone were not sufficient to qualify them for the awards until the committee saw how it benefited society at large.  For the same reason, Einstein was never awarded the Nobel Prize for his theory of relativity — the difficulty in judging its “greatest benefit for humankind” then.

The Fed balances the regulation of banks for the safety and soundness of our financial system while allowing capitalism to flourish.

In the crypto world, without regulations, and without banks, we would lose the benefit of money that flows from depositors to borrowers, for producing more goods and services for GDP growth.

Another $2T in bills to improve infrastructure, and make investments in chips, climate change, and healthcare were passed.  What spendings are investments in the future vs handouts for political gains?

If COVID-related workforce shortage caused increased wages resulting in higher prices, these inflationary factors may be short-lived.  But also if hourly workers’ wages have gone up, that is not an undesirable outcome — wage disparities have been increasing for decades.  And if inflation is due to limits on imports of cheaper foreign goods, that may also be good for reducing the US deficit, although it is government interference in the capital markets.

In this complex web, we cannot always predict where the roulette wheel of the economy will stop, sending us into another depression.  But with the tools the Nobel Laureates have given us; the importance of saving banks to preserve borrowers’ relationship database, with banks, we will get better at spinning the wheel of real money.

Musk’s Firing of Twitter Board & Effective Corporate Governance
Next